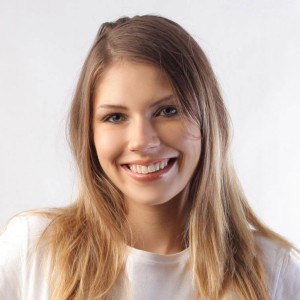 How to find the best antivirus software for windows

It is confusing to choose the best antivirus software for Windows as there are plenty of options available in the market, and probably you are puzzling where to start. In this article, I will cover: what are the features you need to look at, and what should you look into before choosing one.

Features that you need to look at before getting one

Scanning is most crucial part of an antivirus. This feature work by scanning any new program or file before it opens and inspect if there is any known malware or if it acts like one. This work is done in the background, and the file or program that has been scanned only get opens once the antivirus has finished that scanning task. Apart from this, there is a full system scan where the antivirus goes all places of your device to look for malware, suspicious software and files.

*Note: It is important to see, whether the antivirus slow down your device while checking for malware at background. The scanner of the antivirus should be light weight, so that, device does not get slowed down while performing very high detection and block rate.

To cope up with recent malwares, this database gets updated frequently. For that reason, it is important for everyone to keep their software up-to-date, especially their antivirus software. Remember, the updated software can protect you further on the internet compared to backdated software as it highly reduces the chances of malicious hackers take advantage of an unpatched vulnerability of your software.

As mentioned earlier in Virus Scanner, antivirus software detects program or file which behaves like malware, even if it cannot be discovered in its database. Thus, some antivirus software falsely classifies safe programs like: Firefox, Chrome as a virus and the cybersecurity industry calls it as ‘false positive’, and it is a measure to justify the quality of an antivirus.

It is vital to keep the antivirus software updated. Database, security patches and other files that are capable of fighting against the latest malware get updated of an antivirus software. Best antivirus software has auto update features which means – updated database, files and patches are downloaded to your device when available. Mostly, the swifter and more regular the updates, the better.

At times, eliminating malware from your device can be just as important blocking the malware in the first place. Many of the free antivirus solution can only detect and block the malware virus, but it is unable to remove it if your device (PC) gets affected. That is why, it is essential to purchase full antivirus solution or else, download the separate software focusing on malware virus removal.

Ransomware is malicious software that lock and encrypt your computer and device data. To get the access of it, you will be demanded to pay a ransom. You must have to make sure, whether your desired antivirus software has ransomware protection.

Every one of us know that, when we delete something from our computer, it transferred to Recycle Bin, but when we delete those files from Recycle Bin, it does not delete permanently from the computer rather stored in hard drive in invisible mode which you will not be able to see in naked eyes. For that, there is a specialized software that can recover the deleted files.

To get rid off from the above stated shock, you can use file shredders which can destroy them fully by leaving no residue of them in your computer hard drive.

While connected to internet, a firewall shields your computer from scanning or attack by hackers by examining data coming in or out of a computer or network, and compares them into the rules it has been given. It only allows the data to pass once the data matches the rules, otherwise it gets blocked.

To simplify, it can be said that firewall is a piece of software that keeps the bad guys out and only allows the good guy in.

DNS queries are necessary for nearly all web traffic which generate opportunities for DNS exploits (DNS hijacking). These can lead a DNS attack and redirect any site traffic to fake copy of the website which then collect sensitive user information and expose businesses to major liability. To avoid this mess up of a business it is critical to have DNS protection in an antivirus software.

It is defined as a fraudulent attempt to acquire classified credentials like, password, username and financial details from you. This sort of attack occurs through phishing emails. Upon clicking such emails, it will land you to counterfeit web page which will appear to be genuine by its look and feel. The website float fake offers which attract user and encourage them to give their personal & financial information that later can be misused by the hackers / attackers.

That is the reason you must need to make sure that these features are available in antivirus software.

Other features you can look for: Password Manager, System Optimization and Browser Protection.

How to test your antivirus?

Well according to eicar.org, there is a test that you can do to justify if your antivirus is still working.

To do so, a ‘false virus’ needed to be created that can trigger your antivirus defence procedures. To do this antivirus test, it is required to create (a .txt file) in notepad.

On the notepad you will paste the EICAR code (X5O!P%@AP[4PZX54(P^)7CC)7}$EICAR-STANDARD-ANTIVIRUS-TEST-FILE!$H+H*) and save it on the computer.

*Note: EICAR code is something recognized by all antivirus developers as a means of testing if their software is active.

Once you save the (a .txt file) in notepad, your antivirus should trigger instantly and eliminate the ‘fake virus’. If it does not work this way, that means: your software is inactive or disabled.

How to determine the best antivirus software for windows?

There are 3 ways to find the best free or paid antivirus:

Below are the places where you can find trustworthy comparison and reviews.

Cybersecurity forums considered one of the best place to check for good & trustworthy reviews and comparisons of antivirus software. I have listed few online forums where you can find great number of user reviews and experiences.

Quora is a questions and answers platform where you can ask a question and qualified member will answer them. On the other hand, you can browse your desired question which are similar to yours.

The website is designed such a way you can easily gain access to your area of interest. Click on following links and you will see thousands of people are following them. From there you will be able to get idea of your best antivirus program.

Reddit is a discussion and web content rating website where registered member submit content to the site and then voted up or down by other members. You can ask Reddit users to compare different antivirus software and you will definitely end up with a very lively conversation among users which will cover almost every antivirus program imaginable with detail pros and cons of one antivirus or another.

To justify whether a product fits your needs, reviews of various antivirus programs is essential. Majority of the people will read the review of specific antivirus software from their website, but it is not possible to identify which reviews is real or which one is fake.

To rid off from this doubt, Trustpilot plays an important role as it is an independent review platform and they have advanced software which can caught fake review with in 24 hours of publication and delete this review instantly from their site.

A user can write negative comments with out worrying that their comment will be deleted by developers, as developers have no power of deleting any comments from Trustpilot sites. Thus, review of Trustpilot is authentic and can be believed easily.

The best independent testing platform is AV-Comparatives. It is an important benchmarking and comparison site for the entire antivirus industry. AV-Comparatives checks whether antivirus product lives up to its promises.

Go to AV-Comparatives test result and you will find all the antivirus companies test result based on test methods as shown in below picture. In the below picture, look at ‘Filter’ column at the left, and you will find ‘Test Methods’ highlighted in a blue circle. From there select specific test method and see the result of each vendor at ‘Award’ column. This way you can see your desired antivirus Individual test result based on different ‘Test Methods’ and, you can easily determine which antivirus platform is suitable for your needs.

Here are the few website lists from where you can find detail review of various antivirus software from experts.

Above list is highly recommend by me. Of Couse, there are many more review website available, if needed, do you own research.

Now a days, majority of the antivirus program comes with a trial period of 30 days to help you to decide whether you want it or not. If you have any doubts regarding any products or you want to see how the certain product work in real life, it is always a best option to go for a trial period. If you are satisfied with it, you can purchase the license, or else you can give trial to other antivirus program until you are satisfied.

Bear in mind, do not use more than one antivirus program in your device as, the antiviruses will think each other as a malware, or the performance of your device will be compromised.